From seed to can

It all starts with a tobacco seed. This is the beginning of a process that has been perfected over almost two centuries. Swedish Match unites traditional know-how with the latest scientific findings to produce world-leading quality products.

The work starts long before the tobacco seed is put in the ground, by which time many people have been involved in the well-being of the seed, not least our tobacco buyers. In addition to checking the tobacco itself, they inspect the quality of the soil as well as the geographical and topographical conditions. Tobacco and soil samples are sent to Swedish Match’s laboratory in Stockholm for analysis. What is the soil comprised of? What substances are in the tobacco? Everything is meticulously studied.

The plant ripens from the bottom up, which means that even the harvesting process is a craft that requires great skill. First, the first pair of leaves are removed, starting from the bottom. Because we want the same level of ripening throughout, the tobacco grower waits a few days before harvesting the next pair of leaves.  Then the third pair of leaves are removed, and so on. Another alternative is to harvest the entire plant when all the leaves have ripened. After the harvest follows the curing process, under the sun or in a barn. The moisture content in the leaves drops from approximately 80% to 20% during this process. When this process is completed, the tobacco leaves are shipped for conditioning and grading according to Swedish Match’s quality standards.

There are three main stages in our snus production process. The entire process is performed in accordance with our GOTHIATEK quality standard. The cured tobacco, which has been shipped to our plants in Gothenburg and Kungälv, is grounded, made into snus and then packaged in cans.

Our snus is produced in three main steps

Grinding is the first step in production. This is done is various ways, depending on which properties we want to bring out in the tobacco. Each ground tobacco blend is stored in a separate silo. Samples from each tobacco blend are taken and sent to our laboratory for analysis.

Step one – grinding the tobacco
2

Preparation begins when the flour blend is ready. The process starts by weighing the ground tobacco blend, which is then transported to blenders. Water and salt are added while the mixture is stirred. Salt is added for taste, but also for its preservative properties. The tobacco is then heated in a process similar to pasteurization in order to neutralize microorganisms, make the snus more long lasting and enhance the aroma and flavor.  Following the heating process, the snus is cooled, after which other ingredients are added. Samples are taken for quality control purposes. If all the measurements are approved, the batch is ready for packaging. The process is a completely closed system and the quality control is rigorous. 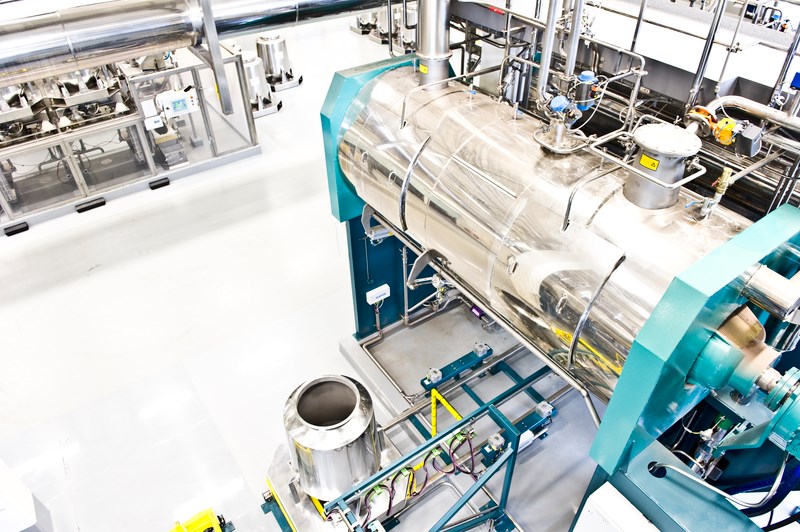 If all the measurements are approved, the batch is ready for the third stage – packaging. Obviously, portion snus must first be packed in portion pouches while loose snus is filled directly in the can.

Packaging portion snus requires more advanced equipment. The portions are measured and inserted into a cellulose fiber tube – the same type used for tea bags – and then sealed and cut apart. Finished portion pouches are packed in a plastic can and sealed with a lid. After sealing, the cans are weighed and labeled. They are then stacked in rolls that are wrapped in plastic and packed in boxes.

All ready-packaged snus is stored in cold storage for a few days before being shipped out from the factory. Cold storage is important for allowing the snus to mature and acquire its characteristic aroma and flavor.

All open processes, such as when the snus is packed in cans, are performed in spaces that meet national hygiene requirements for food plants. The processing equipment is cleaned according to a fixed schedule at least once per production cycle and at least once a day. This attention to detail is above and beyond the requirements stipulated in the Swedish Food Act, but we want to be on the safe side. The same strict procedure applies to the packaging equipment used to fill the cans with snus. Hygiene control of the packaging equipment follows strict procedures, such as measuring the levels of moisture, bacteria and pH in the finished products.

Packaging that really measures up

Why snus must be stored in a cool place

Snus is a perishable good that needs to be refrigerated in order to maintain its guaranteed quality over time. According to GOTHIATEK, Swedish snus must be transferred to cool storage (no more than 8°C) immediately after packaging. Snus that is stored too warm becomes drier and eventually the pH levels drop, affecting the flavor and experience. Therefore, we recommend that our customers and consumers store their snus in the refrigerator.

What is the difference between Original Portion and White? What is the nicotine content in snus? On this page we take a look at the various snus terms and what determines the strength of snus.

It all starts with a tobacco seed. This is the beginning of the process that has been perfected over almost two centuries. On this page we explain our production process and our ingredients.

From loose snus to portion snus. From tobacco monopoly to free market. Learn more about the history of Swedish snus – starting in 18th century Sweden.

Our ambition is to produce the safest, highest-quality snus. Therefore, we have created our own quality standard – GOTHIATEK – made up of the industry’s toughest requirements.